Your Life in Six Words

If you had to describe your entire life in only six words, what would you say?

There is a trend on the Internet, started by SMITH Magazine, for people to write their memoirs in only six words. Here is what I think various Biblical characters and famous Christians would write about their lives if they only had six words to use.

Obed-Edom: God blessed me because of faithfulness.

Jonah: “Have you heard my fish tale?”

Daniel: “I pray lions are not hungry.”

Thomas: “Doubt no longer, I touched Him.”

Polycarp: “How can I blaspheme my Savior?”

John Calvin: “I was destined to write this.”

George Whitefield: The apostle of the English empire.

Ed Young: This memoir should be really creative.

Marilyn Hickey: Covering the Earth with the Word

Joyce Meyers: Life is hard, you can overcome.

Reinhard Bonnke: “All of Africa shall be saved!”

Joseph Prince: It is by GRACE you’re saved.

If I had to summarize my life up until this moment in only six words, this is what it would probably be.

What would you say about your life if you only had six words? Can you help me write more memoirs for Bible characters and church fathers?

Posted by Evangelist Daniel King at 9:25 AM No comments: Links to this post

A King is Born! 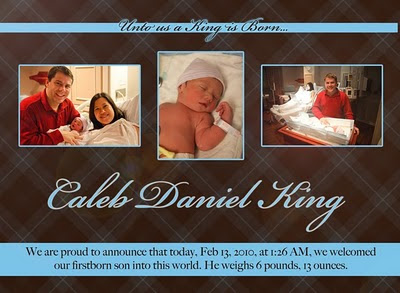 1. The challenge of reaching new people.

2. The challenge of articulating the gospel to non-Christians.

3. The challenge of discipling new believers.

4. The challenge of establishing relationships with the local churches.

5. The challenge of maintaining relationships with the local churches.

6. The challenge of teamwork.

7. The challenge of loneliness.

8. The challenge of cultural differences

9. The challenge of accountability to your home office.

10. The challenge of your future.

11. The challenge of communicating with partners.

12. The challenge of fundraising.

Posted by Evangelist Daniel King at 11:59 PM No comments: Links to this post

Your Name in a Book

For two years I have been writing a new book called MOVE: How to Fulfill Gods Will for Your Life. I am so excited about this book because it is written to influence and motivate a new generation of world changers. I believe in the years to come this book will minister to thousands of people who are confused about knowing how to find and fulfill Gods will for their lives.

Would you be part of impacting the lives of the readers of this book?

This week, I need $1,500 to cover the expense of designing, printing, and distributing this powerful new book.

Would you be one of fifteen people to give $100 to make the printing of this book possible? If you will contribute today, I want to do two things for you:

1. As my way of saying "Thank You" for helping to make this book possible, I want to include your name in the first edition of MOVE as one of the sponsors of the book.

2. As soon as MOVE is finished printing, I will send you five copies of this book for you to give to your friends and family.

What is Gods will for your life? Why are you here on earth? How will you reach your destiny? In this powerful book, Daniel King reveals a simple way for you to find Gods plan for your life.

* How to Discover Gods Will

* The Difference Between Sitters and Movers

* Your Success is Motion-Activated

* Your Miracle is in Your Movement

After reading this profound yet easy-to-understand book, you will stop anxiously wondering what God want you to do and begin to move with confidence toward your future.

When You Move, God Moves!

Click HERE to sponsor the book now.
Posted by Evangelist Daniel King at 3:57 PM No comments: Links to this post