1. Bonnke was focused on his mission. 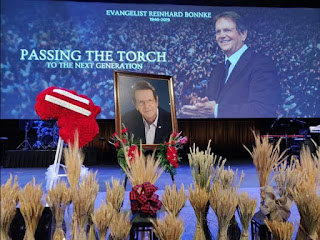 2. Bonnke had big vision.
Over his seventy-nine years of life, Bonnke led over 79 million people to Jesus. When I heard Reinhard speak at a mission’s conference, something he said really caught my attention. Reinhard stated, “That which is considered great today is going to be normal tomorrow!” His massive crusades are just the beginning of what God is going to accomplish in the area of healing evangelism. 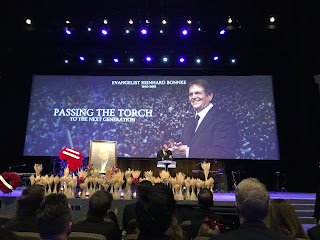 3. Bonnke inspired loyalty among his employees.
Many of Bonnke’s employees worked with him for over thirty years in extremely difficult circumstances. Peter Vandenburg started working for Bonnke as a mechanic and he was promoted to be the executive Vice President of the ministry. The loyalty of his co-workers speaks volumes about his character behind the scenes.

5. Bonnke transcended cultures.
Bonnke was German in his demand for perfection and in his turn of phrase. But, when he stepped on the platform in Africa, he became African and was loved by his audience. In America, he learned how to raise money like an American ministry. His ministry spanned the globe and his passion inspired people everywhere he went. 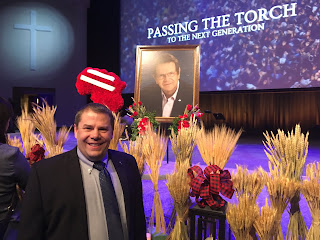 6. Bonnke passed his ministry to the next generation.
Many ministries grow old and stale with age. As the lead minister grows older, many ministries became a shadow of their former selves. Many leaders hold on to power past their expiration date, but not Bonnke. When his ministry was at its height, he began passing the reigns of CFAN over to his young protege, Daniel Kolinada. Because of his wisdom in passing the vision on to the next generation, his ministry will continue to bear fruit for many years to come.

7. Bonnke finished his race with integrity.
There was never a hint of controversy or scandal in Bonnke’s life. He loved his wife to his dying day. He handled money correctly and stayed humble despite the enormous platform God gave him. His life is a great example to anyone who is called by God to be an evangelist.

Posted by Evangelist Daniel King at 3:56 AM No comments: Links to this post