This weekend, I attended the National Convention of the American Atheists in Oklahoma City. The main reason I went was to listen to what atheists are saying and to try to understand their viewpoint.

Several years ago, I preached at a church in Missouri and a mother asked me to pray for her son who is an atheist. He was raised a Christian but after reading a book by Sam Harris, he stopped believing in God. She asked me to reach out to him in an attempt to talk him back into the Christian faith. I did and we had several conversations, but I was unsuccessful (so far) in bringing him back to Christ. This incident encouraged me to study apologetics (the ministry of defending Christian beliefs) and to start writing a book designed to rescue atheists from the pathway to hell.

The meeting took place in a conference room at the Sheridan Downtown Hotel in Oklahoma City. The last time I was in this room was a pastor’s meeting for the Reinhard Bonnke crusade that filled up the Cox Convention Center in OK City, August 20-21, 2016. I was privileged to serve as a councilor at that crusade and personally prayed with several people who wanted to become Christians. In total, several hundred people went down to the front during the altar call and got saved. The contrast between Bonnke’s meeting and the atheist’s meeting was striking.

The atmosphere at the hotel was like landing in a heathen nation for the first time. There was a discernable spiritual oppression at the conference. I am reminded of 2 Corinthians 4:4, “The god of this age has blinded the minds of unbelievers, so that they cannot see the light of the gospel that displays the glory of Christ…” We are in a cosmic battle between good and evil and Satan is working overtime to deceive people.

Here are my thoughts after listening to atheists all weekend (in no particular order): 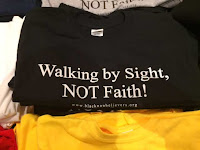 Atheists often claim they are not a religion, but after being with them for two days, I have to say that they look and act an awful lot like a church. They had preachers (speakers), an offering, and a class on how to convert other people to their way of thinking. Atheism is a belief system that has all the elements of any other religion: dogma, heresy, discrimination, bias, etc. Atheists don’t want an absence of religion in the public square, they want only their religion in the public square. They want to silence all of their competitors. 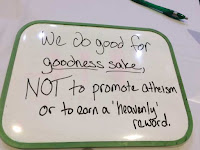 The atheist convention spent a lot of time patting themselves on the back for giving away 30,000 meals at a cost of $7,500. They did it because they are SO caring and generous. But their generosity is nothing compared to most churches. My small ministry gave away 270,000 meals in the past year so their generosity is not that impressive. They also sent six hundred bags of food to Puerto Rico, but that pales in comparison to what some churches sent down there after the hurricane. If atheists are going to compete with Christians in the area of giving, they are going to have to seriously step up their game.

The organizers were impressed with the fact that 850 people attended the conference. But I have attended a dozen church conferences in the past year that have more people than that. In some ways, I think the church has little to worry about from such a small, insignificant organization, but in other ways, I am very concerned because their goal is nothing short of transforming our entire nation from one with Christian foundations to a completely secular nation where the religious would be forced to keep their beliefs confined to the inside of their homes.

All the atheists I met at the conference were friendly. Most of the people I met seemed to be “good” people. I have a lot of respect for atheists because of their dedication to reason and evidence. But, as a Christian, I think they misinterpret the evidence about God’s existence. 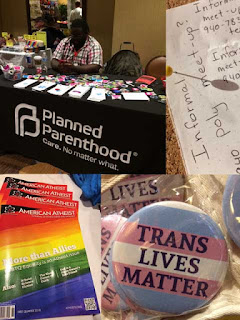 Atheists pride themselves for being scientific, but they also celebrate Gavin Grimm, a girl who thinks she is a boy. It is an absolute, irrefutable scientific fact that a female with XX chromosomes cannot become a male with XY chromosomes, yet the great scientific minds at this atheist conference see no problem with allowing this girl with a beard to lie to herself and about herself.

The atheists also celebrate homosexuality which is weird because if evolution is true as atheists believe then the gene for homosexuality should disappear within a few generations.

American Atheists are mad about the recent school shootings, but their founder Madalyn Murray O'Hair is the one responsible for taking prayer out of schools. When an objective moral standard is removed from education and prayer to Almighty God is forbidden in the classroom, then lawless behavior is the inevitable result. Who is responsible for school shootings? I think the American Atheists are. 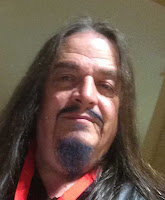 Most of the atheist crowd sounded like liberal Democrats. Many of them were gob smacked by Trump’s election and it seems they are still depressed over a year later.

I met lots of internet atheists at the conference like AronRa (@Aron_Ra) who has 29 million view on his channel. YouTube and Podcasts are the probably the two biggest tools atheists are using right now to convert people to atheism. It would be wise for the church to develop better videos so that they can compete effectively in this space.

Thoughts about the Speakers: 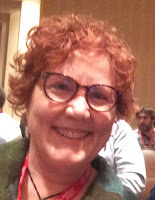 Mary Johnson (@_MaryJohnson) is a former nun who worked closely with Mother Teresa. She left the church because having sex and romantic relationships was more important to her than her vows to God. She had a potty mouth and said “What the F*@!” several dozen times, mostly just because, as a non-believer, she can. The most interesting thing she said was in response to a question about Mother Teresa’s devotion to God. She said, “Mother Teresa’s devotion was total, complete, and absolute. There was nothing insecure in her devotion to God. She was self-sacrificing and devoted, but not always wise.” She explained that Christopher Hitchens often got his interpretation of the facts about Mother Teresa wrong.


Anthony Magnabosco (@magnabosco) taught a class how to convert a Christian to atheism in 15 minutes. He calls his method Street Epistemology (@StEpistemology) which is a conversational tool that helps people reflect on the reliability of the methods used to arrive at their deeply held beliefs. He recommends that instead of arguing and mocking Christians (what Richard Dawkins recommends) the atheist should engage in conversations with people. I found this interesting because in my witnessing classes, I tell believers they should engage in conversations with people instead of yelling at them through a bullhorn. Magnabosco recommends getting past “what” someone believes, and “why” they believe it, to the “how” do they know it. He advocates for asking epistemological questions about “How do you know what you know?” He uses the Socratic method to get to how people believe what they believe. He showed several videos that demonstrated the effectiveness of this solution. He says, “Don’t give any evidence. Instead ask people what evidence they would accept to change their belief.” He keeps asking questions until he gets the person to honestly answer the question, “Is faith your epistemology or is reason and evidence your epistemology?” If their belief system is based on faith, he might go on to ask, “Is faith a reliable way of proving something is true if anyone can use it to prove anything? If anyone can use faith to prove anything is true, why would anyone want to use that method?” For Christians interested in exploring Christian epistemology, I would recommend reading Cornelius Van Til who wrote extensively on the subject.

The keynote speaker for the atheist convention was Hugh Laurie (@hughlaurie), who plays the part of Dr. Gregory House on the TV show, House. They explained that inviting a celebrity to be their keynote speaker is a deliberate strategy to showcase celebrities in order to enhance the attractiveness of their movement. That’s a perfect plan for the atheist religion because celebrity endorsements are a great way to attract people, just ask the Scientologists. Hugh Laurie said, “I boil with rage when I see an NFL player thanking God for when his team wins.” He calls Christians, “God botherers.”

Jim Helton’s (@TSFJim) thirteen-year-old daughter gave a speech. She screamed through most of it. She is mad because Christians try to take away her right to get an abortion. The atheists at the conference believe that teaching children about hell is child abuse. But I think that teaching your daughter that it is OK to murder your granddaughter who is still in the womb is the worst kind of evil there is.

David Silverman (@MrAtheistPants) is a charismatic and abrasive non-believing Jew who is the current president of American Atheists. He has frequently appeared on news programs to defend atheism and as Stephen Colbert pointed out, he looks a lot like Satan.

Silverman gave a speech about his vision for atheists in America. He started by asserting that atheists are second-class citizens in America because they have fewer rights than believers and because there are few atheist politicians. Officially, American Atheists is a not-for-profit organization thus it is prohibited from endorsing or opposing any political candidate. But, Silverman blatantly ignored this rule when he shouted, “American Atheists is a 501c3 organization and we are not supposed to politic, but F**K Donald Trump.” 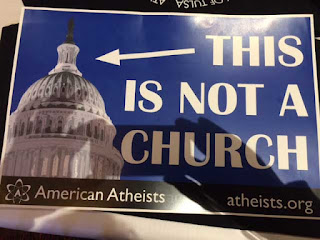 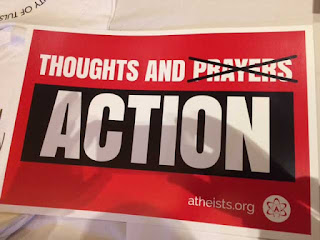 His goal is to turn the American Atheists into “a caring community that is pro-heart, pro-brain, and anti-a**hole.” In fact, his favorite word to refer to believers is the word “a**hole.” He says that “religion really is not anything more than personal opinion.”

Silverman declared, “Religion is a lie, a con, a scam. Believers may not like hearing it, but it is true. When we tell people they are wrong about religion, it is a good thing. We care and we show it by attacking religious a**holes. All religions are wrong. All gods are false. Astrology is bullshit. And for Christ’s sake, there is no such thing as ghosts. People who believe these things are victims of lies. It is clearly a good and ethical thing to help free these people from that which is clearly wrong. Religion deserves to die.  A**holes have bad intentions and I don’t care about them.”